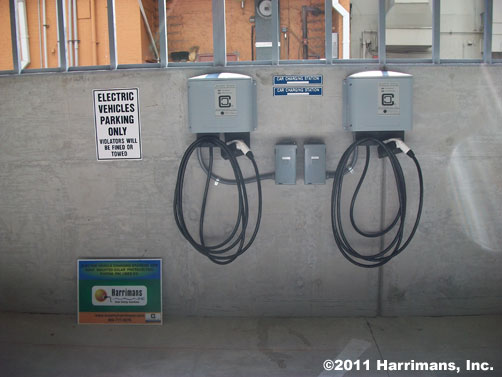 “It makes sense to install stations for free public use until the electric-car market really begins to take off,” Rappaport said.

FPL Senior Media Relations Specialist Marie Bertot told the Sarasota Observer the charging stations are being installed through a partnership with the city.

Bertot said the exact cost of the six charging stations is not available at this time, but the project is funded through shareholder dollars, not through customer rates.

“Like most utilities, FPL has decided not to sell, lease or maintain public charging stations,” she said. City Environmental Specialist Alison Albee called the electric-car charging stations “another plus for the city of Sarasota.”

Although the four charging stations installed in the Palm Avenue parking garage cannot be monitored for use, Albee suspects they aren’t being used often.

“It’s only a matter of time before we start seeing more and more electric hybrid vehicles that will be able to take advantage of the charging stations coming online,” Albee said.