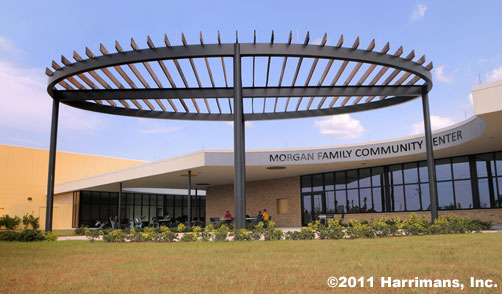 Tom Harriman, CEO of Harrimans Inc stated, “We are seeing more and more municipalities like the City of North Port going solar in order to reduce their annual operating expenses.” The newly installed solar thermal water heating systems were incorporated into the facility to supply the hot water demand for both the kitchen and gymnasium using state of the art “drainback heat exchanger” technology.

North Port has more than doubled in population since the millennium to some 57,000-plus residents, including 10,000 school children, yet until now the city had only one city-run public gym, the George Mullen Activity Center on City Center Boulevard.